When her daughter was born, Eliza realized the reaction was not what she expected it would be.

Eliza Jamkochian Bahneman, 36, and her husband Erik, 41 years old, have tried to conceive for about nine months until finally, they had great news.

The woman was pregnant and was finally going to be a mom.

She was excited as any new mom would be. Eliza immediately shared the amazing news with her family and everyone was simply ecstatic for the couple.

Eliza’s sisters and cousins all had children of their own at the time, and she was glad to finally have her own.

At her age, it would be difficult to get pregnant but she was given a miracle. Eliza and her husband are extremely thankful for their blessing who they’ve come to know will be a baby girl.

Everything was just so amazing and everyone was thrilled at meeting the newest member of the family in a few months’ time.

Eliza was prepared and she was ready to deliver her baby on her due date. But, of course, her baby had other ideas.

Little Isabella, also known as Bella, did not come out on her due date, but instead, she came out a month before that.

Despite the change of plans, Eliza and Erik are ready for the earlier arrival of their daughter.

On October 2018, Isabella was born after 12 hours of labor. She weighed 512 pounds, but her size wasn’t the only thing different about her. 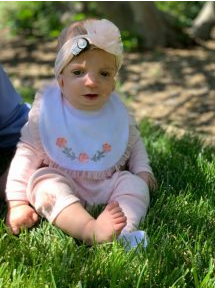 When her daughter was born, Eliza realized the reaction was not what she expected it would be.

In her mind, a different scenario played out, one that is full of congratulatory exclamations and smiles just for her and her baby.

It was not the silent and sad atmosphere that she felt once her baby came out. Later on, she discovers that there was a reason behind everyone’s unexpected reactions.

Eliza’s heart sank upon seeing the looks on the faces of the people in the delivery room.

They looked confused, sad, and unable to smile at the bundle of joy that just arrived in their lives. And there was a reason behind all of it.

Little Bella was born with Treacher-Collins syndrome, a genetic condition that affects the development of the facial bones and causes deformities.

The baby had hearing loss, a small and recessed jaw, microtia, hard and soft cleft palate, and a small airway.

“When she was born, I noticed a really small folded ear, but I was told babies look a bit weird when they are first born, so I didn’t think much of it.

But as I looked around, I knew something was wrong.

Nobody was congratulating me, and my mother and husband looked confused and scared. It was strangely silent and then the doctor left the room. I had no idea what was going on.”

But a mother’s love is more than just appearance. It is unconditional, no matter who you are or what you have.

“I finally got to hold Isabella she looked different. But I fell in love with her instantly and knew everything was going to 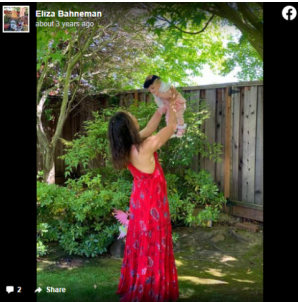